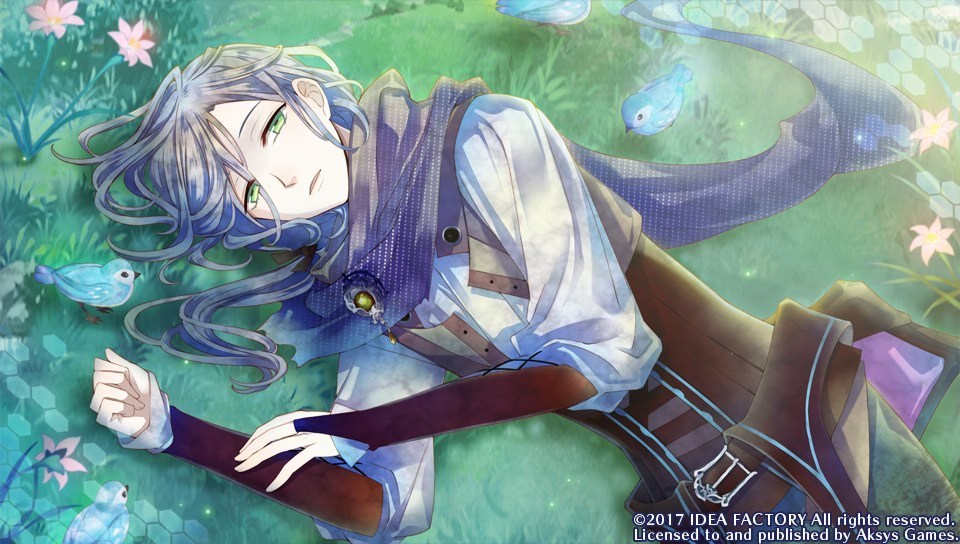 He's an NPC whose sole purpose is to dish out quests to players. However, he's advanced enough to serve as a potential love interest to Kazuha. A very... posessive love interest, that is.

Since he's just a computer program, he doesn't really understand a lot of human things, such as emotions.

My Thoughts: I like Zain, he's such a cutie. I enjoy everything about him, from his design to his voice. The image above of him is probably my favourite CG in the entire game. I wasn't really sure how they were going to turn an NPC into a love interest at first, but they just made all of the NPCs really intelligent like they did in Sword Art Online.