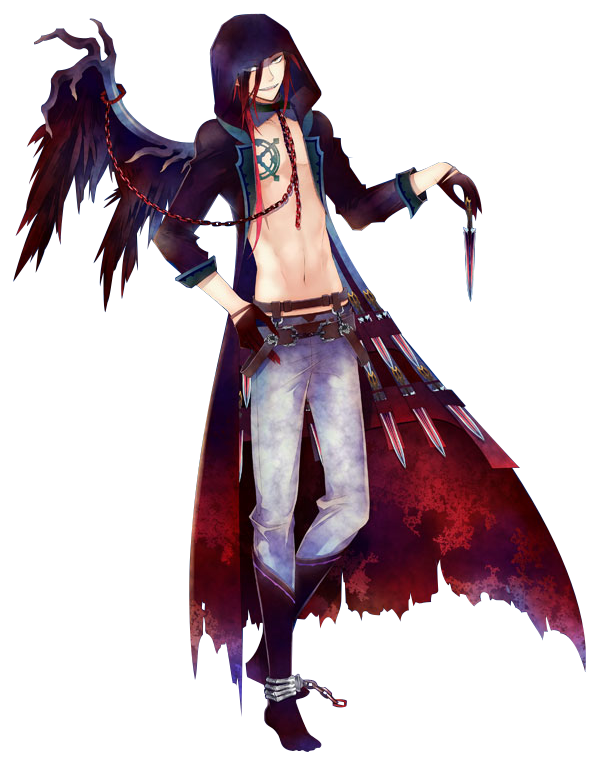 I would put a link to his drama CD here, but he doesn't have one - he was created specifically for the game.

An edgelord who likes to murder people in Arcadia. His reasoning is that it feels good. Spoiler alert: He's a loser in real life too.

Even though he's a big wanker, Otomate still decided to give him a route, albeit a very short, hastily shoved in one. You have to play Astrum's route first, then make the right choices halfway through so that it branches off onto Demento's.

My Thoughts: Demento's character is so tragically bad that it's good. His route's rubbish though. If they had made it longer and fleshed out his character it probably would've been better. Otomate probably only gave him a route because otherwise someone, somewhere would be knocking on their door begging for a fandisc where you can date him.