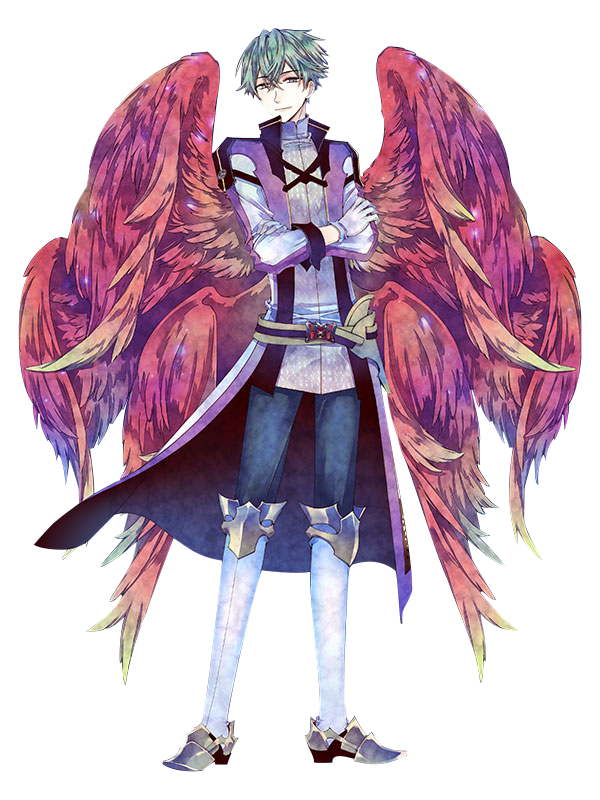 A very powerful Angel player who is known amongst the players for his cringey role-playing. However, the other Angel players still treat him as their leader.

He seems to be a pretty nice guy, especially towards Kazuha. He can't seem to call her by her name though, he just refers to her as "Amadeus" instead.

My Thoughts: He's my second favourite character, because I find him quite interesting. He also has quite a cute design. I actually quite like his cringey role-playing, at least it makes him a bit different to the others. If I could, I would probably buy his drama CD.